Imperivm Great Battles of Rome HD Edition — is an RPG game based on historical facts that allows us to choose between 8 civilizations Republican Rome, Imperial Rome, Germany, Carthage, Iberia, Egypt, Great Britain and Gaul. The player does not need to build anything, the game is focused on military conquest by capturing or destroying buildings and villages. Only in this way can you get only two resources gold and food. This is a purely strategy game, but it has few RPG elements that play a fundamental role in battle. Minor differences from the previous game are the addition of 4 new civilizations, increasing the skills in the squads. 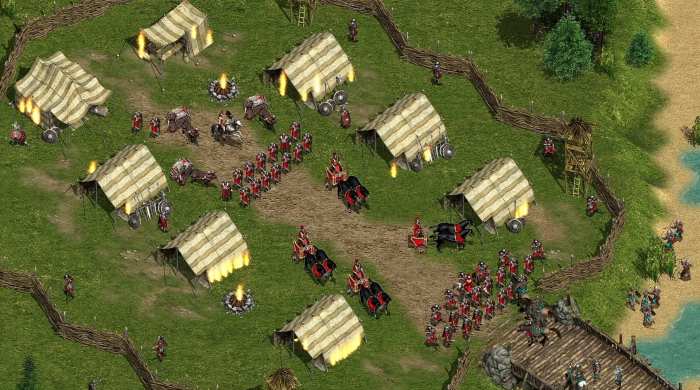