DRAINUS — this is a side-scrolling shooter game in which the player takes control of Drainus, a ship that can absorb energy bullets to destroy countless enemy ships floating in space. The absorbed energy can be used to improve the ship’s functions, such as adding new weapons. The planet Halpax is in the far corners of space and suffers from the oppressive rule of the Harlalov Empire. One of the slaves living there is struggling with the disease. He must return home to the distant planet Earth to recover from a disease known as planetary compatibility disorder. His daughter, also a slave, is devastated by her father’s illness and unable to do anything about it. 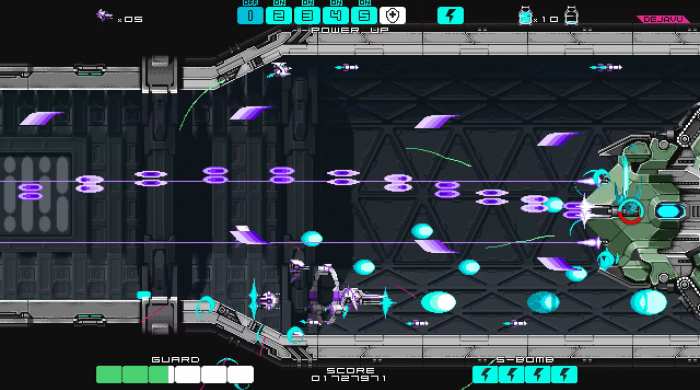