Kageroh Shadow Corridor — is a very difficult horror quest in its essence, in which you will have to go to an eerie and gloomy place where you will be in danger, Evil in its unusual appearance, a sea of interesting riddles and not only. But first of all it would be worth mentioning that the plot of the game affects the eastern style and legends about the mask Noh, the curses of which are capable of destroying, killing and just driving you crazy. As for the protagonist, the only thing that is known here is that the protagonist is a certain person who remembers his dark childhood filled with fears, an ominous ring and a multitude of dangers.

NOTES. This release is standalone and includes the Shadow Corridor DLC.

Well, and you in Kageroh Shadow Corridor will have to plunge into these memories and go on an uneasy and very scary journey through the dark corridors, night streets of a certain town, basements and not only. Ahead of you are waiting for danger, traps, intriguing events, a sea of screamers, an ominous demonic chime, from which goosebumps run over the skin, and much more. In general, the gameplay is quite simple and comes down to only one thing — survival in strange and very gloomy conditions. You will have to solve puzzles, mostly of a physical type, wade through darkness and darkness, look for keys and key items, and do much more.

Nothing complicated. But at the same time, the game is really addictive, at least by mystery, riddles and simply incredible atmosphere. By the way, the developers really did a good job on the atmosphere of the game. Dark corridors, darkness, which makes it possible to see only the wall along which in some corridors you will be guided, frightening sounds, screamers, sometimes making you cry out in horror — all this makes this game unrealistically cool and atmospheric. 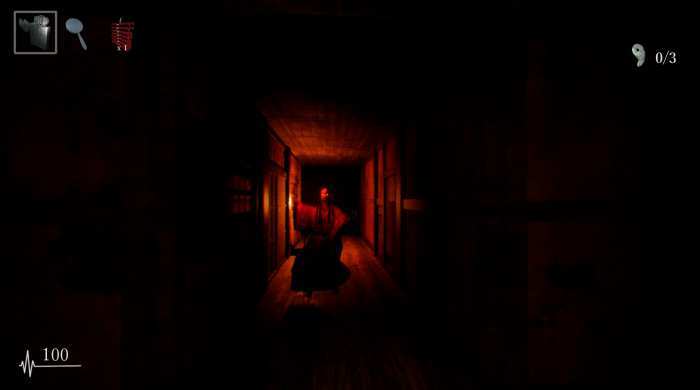