Colony Siege — is a real-time strategy, survival and tower defense game. You have to fight opponents on a wide variety of maps and protect the remnants of human colonies from threats. The peculiarity of the game is the ability to play in single and multiplayer modes. Xenos and Rivens act as enemies, attacking at the most inopportune moment. The gameplay uses traditional mechanics of building buildings, walls, towers, placing traps and managing units. In addition to the standard set of units, players have access to special tools in the form of satellites, military raids and command abilities. Take part in a dozen different missions and try their hand at containing the onslaught. 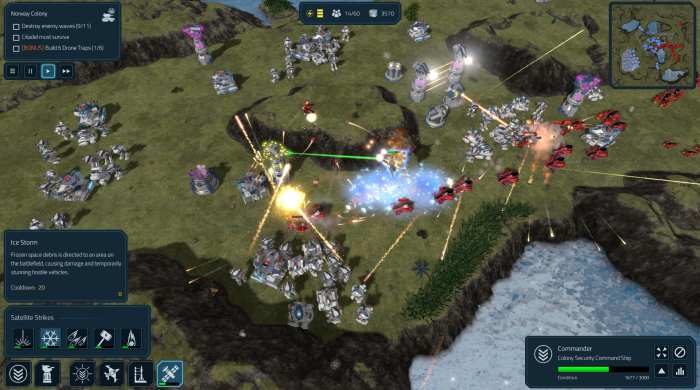