GRAVEN — is a first-person action adventure. The game was developed as the spiritual successor to Hexen II. The game was developed by Slipgate Ironworks, known for the games Kingpin: Reloaded and Rad Rodgers. The action takes place in a dark fantasy land. We take on the role of a priest sentenced to exile and death for killing another person, although he did it in defense of an innocent person. However, something unusual happens during the execution of the sentence. The main character wakes up in a boat sailing through mysterious swamps.

The old man in charge of this gives us a magic stick and a book of spells, and the voice of a god is heard in the priest’s head, ordering to neutralize the scourge that devastates the surrounding land and to eliminate the cultists guilty of this. GRAVEN was designed as a spiritual successor to the Hexen II, but the authors did not limit themselves to reproducing and repeating decisions in terms of the gameplay of this classic. Instead, they also turned to technological improvements from more recent shooters and immersive simulations. 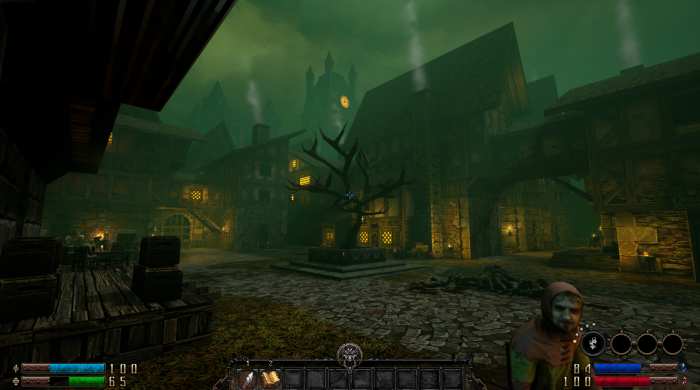