Sizeable — is a small puzzle game that uses the idea of an interactive diorama. This is the debut project of Sander Ambroos, a Belgian developer working for the animation company Fabrique Fantastique. Large-scale gameplay is very simplified and relies on interacting with objects, resizing clouds to make it windy, or the sun to change the time of year. Each such action affects the appearance of individual elements of the diorama, such as the water level, the appearance of a tree or a house. You must control the environment and resize the interactive objects and shapes in order to find all the hidden objects. Sizeable only offers single player gameplay. Sizeable offers simple 3D low poly graphics, that is, using a small number of polygons, and relaxing, calm music composed by Jamal Green. 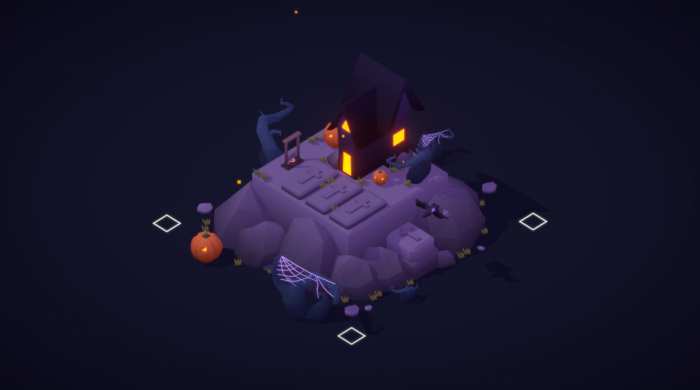