Little Witch in the Woods — tells the story of Ellies adventures. That is the name of the girl who is learning the witchcraft. In the fantasy world, witches created the LUCEREIN ORTU organization and built witch houses in different regions. It was in one of these buildings that the sorceress sent the protagonist. After completing her studies at the magic school, she needs to help the inhabitants of the village and the surrounding area as a final exam. If she succeeds, she will officially become a full-fledged witch. The plot tells about the daily life of the heroine in a new place. As you progress through, information about the creatures she meets is revealed. It is entered in a special book.

The project called Little Witch in the Forest can be attributed to adventure games with role-playing elements. The video game has a change of time of day. The indie project uses two-dimensional pixel graphics, which is stylized as retro. The camera is on the top and side. In the game, you need to explore locations, complete quests, catch animals, collect ingredients, chat with NPC. During scenes with dialogue, large character sprites are shown on the screen in the spirit of visual novels. You can give gifts to various NPCs to win their favor and learn secrets. The witch girl can interact with cats that differ in appearance and characters. She is also able to brew potions with different effects, catch bugs, and go fishing. 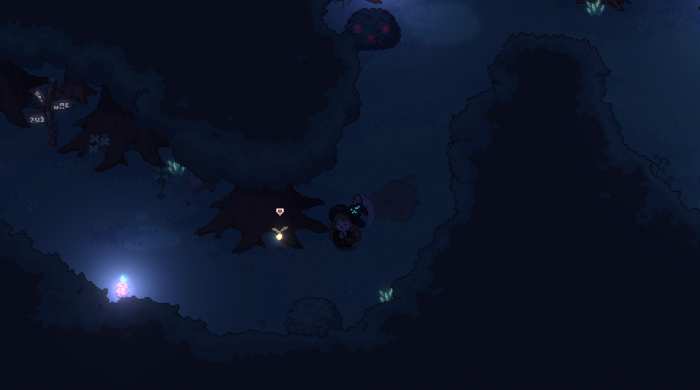