The Amazing American Circus — is a fun management-themed card strategy game in which you’ll be at the head of an iconic show program. Your hero, once a thriving owner of a traveling circus, failed to stay afloat and became impoverished. Now he is able to entertain the audience only with simple card tricks, but with the proper skill, this type of performance is able to win the sympathy of thousands of fans. As the popularity of gigs grows, your income will increase, but it will take a lot of work to achieve the same income level.

You need to structure the performance in such a way that the audience does not have time for boredom. Hire new artists with their unique decks of cards and assign numbers based on their entertainment. Watch the reaction of your fans and change uninteresting performances in time before your show’s rating starts to fall again. Do not stay in one place for a long time, travel to different cities and states, ask celebrities for support and become the most popular showman. You can build a real circus empire that can gain popularity throughout the country. 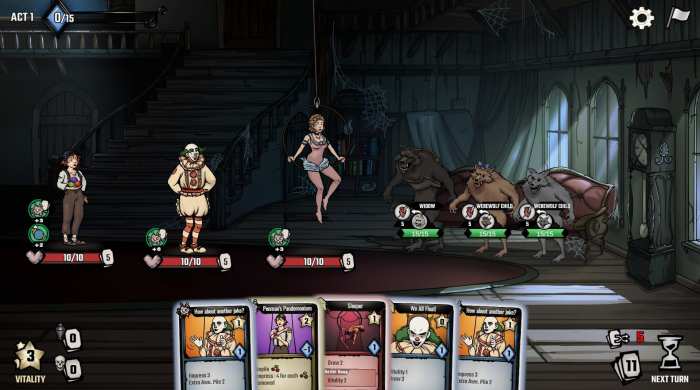 1. The first thing we do is download the game’s installation files.
2. Mount or burn the ISO image in the disk emulator (UltraISO program).
3. During the installation, we specify the location on the disk where we want to install it.
4. Wait until the installation process is complete, a shortcut will appear on the desktop.
5. Download and install Update's v20211012 + v20220131, in game folder.
6. Copy the contents of the folder «CODEX» in the folder with the game.
7. Start the game.
Download update only: The.Amazing.American.Circus.Update.v20220131-CODEX [ 24.0 MB ]
Download update only: The.Amazing.American.Circus.Update.v20211012-CODEX [ 186 MB ]