Dark Fracture — is a tense and disturbing psychological first-person horror game where you fall into insanity while working the night shift in a mysterious morgue. You play the role of Edward, a morgue employee who is addicted to antipsychotics. Loneliness and bizarre events can make his mind weaken, so working alone on a night shift in a place full of corpses may not be the best career choice. When you go on your shift, you suffer from dark visions that lead you to madness. You can avoid falling into complete madness by taking your pills or finding personal items that give you some comfort. There is also a mysterious pill that all employees should take once a day.

The purpose of this is unclear in this version of the game, but in the full version it can be expected that this will have some consequences. The passage of the current version of Dark Fracture takes about 30 minutes, during which the game slowly escalates the atmosphere of horror and reaches its climax. You are never sure whether what you see is real or just illusions caused by your psychosis, but in any case, working in this bizarre morgue is far from working as a dream. 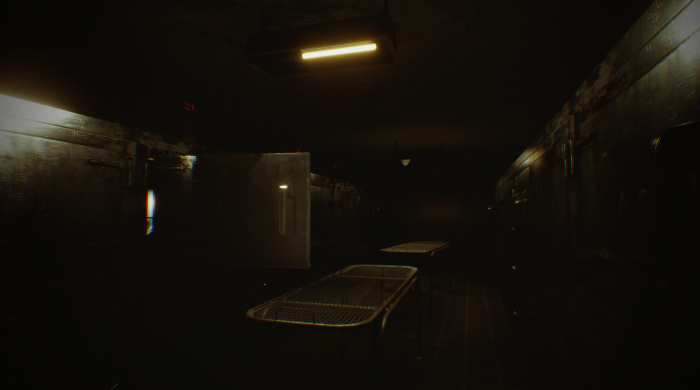